Marco Signorini, featured with Mario Dondero in the volume edited by Antonio Giusa San Daniele. Natura, gente, città, prosciutto del Friuli, is one of the best known and esteemed photographers on the Italian scene.

After studying Set Design, his interests turned to video and photographic research, with particular attention to Italian landscape photographers.

Signorini’s uncommon sensibility is also clearly evident in the photos of San Daniele workers, in the glimpses of the town and in the details of a land evoked, interpreted and presented in a unique, highly personal style. Signorini does not approach the landscapes he wishes to photograph openly, but rather has them emerge from their feathered edges, masterfully employing the light to illuminate the scene.
Marco Signorini is, however, not only a landscape photographer. He applies his style and unusual perception of reality to people, faces and life as well. The most minute details of his portraits are carefully studied: those of the San Daniele workers make no reference to the repetitive nature of their work, but express instead their consummate craftsmanship and evoke the quest of the mind for the essence of things past. “Through Signorini’s photos – as a producer has observed – San Daniele goes beyond the product, becoming a sort of testimonial, the very means of communication of the extraordinary culture of prosciutto, which, by encompassing the community of producers, the locations and the productive chain, ultimately becomes an entity expressing quality of life as seen through the wholesome characteristics of the product and associated eating habits.”
Marco Signorini started his research activity in the early 1990s with his trips to Lithuania, where he photographed Europe’s geographical centre. The resulting Europos Centras and Cité Europe were published in magazines and catalogues, and exhibited both in Italy and abroad. 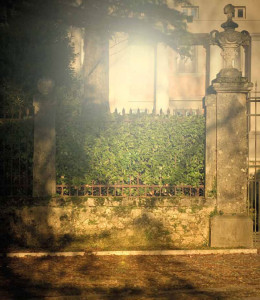 Many other projects followed, such as Passaggi, realized in 1996 for Fondazione Sandretto Re Rebaudengo in Turin and exhibited in Bellinzona and Paris. In 2002, Signorini participated in Idea di Metropoli, the opening exhibition of the Contemporary Photography Museum in Cinisello Balsamo, which became part of the permanent collection of the museum. He furthermore collaborated with Linea di Confine per la Fotografia Contemporanea in Rubiera with the projects Mother Way (2001) and Luoghi della cura (2005), presented in the Trans Emilia Collective at the Fotomuseum in Winterthur and the SK Stiftung Kultur in Cologne.
In 2007, his volume Echo came out, a collection of unpublished photographs taken in Europe over a period of ten years, while his catalogue 1_Earth was published the following year. In 2009, Signorini participated in the National Award Arti Visive Città di Gallarate, was selected for the European Photography Festival of Reggio Emilia, and took part in the collective exhibition Kaléidoscope d’Italie at CNA Louxembourg curated by A. Madesani. In 2011, his book Earth Heart was published. Among his latest works are ((Ra)), exhibited at the Metronom gallery in Modena in a one-man show curated by W. Guadagnini, and his research works, Reale, digitale and IGproject, centred on image manipulation.