The term ‘la dolce vita’ became popular in English-speaking countries after the success of ’60s film of the same name, written and directed by Federico Fellini.

Translated from Italian, it means ‘the sweet life’, a life lived full of pleasure and indulgence. And that’s a good way to describe the sweet treats that Italians love to eat after meals too.

From light and crunchy Amaretti  to custard-like Zabaglione, Italian desserts are as important to mealtimes as sauce is to  pasta – you can’t (or shouldn’t) have one without the other.

Italian dessert is elevated to special status across the world thanks to the variety of recipes and the powerful flavours and textures found in each dessert.  Rich, full of flavour, often creamy and usually decadent, no meal in Italy is complete until ‘il dolce’ is enjoyed.

Sometimes, of course, the final course of a meal may consist of nothing more than a plate fruit or cheese.  But when it comes to special occasions, such as Easter or Christmas, that’s when sugar, fruits and spices combine to create some memorable flavour combinations.

History plays an important part in the creation of Italian desserts too. The further back in time that you go, the more bread-like the desserts were.  This is because they were often based on recipes for bread itself, sweetened with a little local fruit or honey.

Later, when people became more prosperous, extra ingredients including sugar, milk, eggs, almonds and honey were often added to the mix – just think of sweet and creamy Panna Cotta and the ‘little tubes’ of Sicilian Cannoli.

The desserts of our very own Friuli-Venezia Giulia are very special indeed, due to our unique location in the north-east corner of Italy.  In our part of Italy, Latin, Slavic and Germanic culture and cuisine have all combined with local ingredients to influence our menus over the centuries.

Northern Italy is also the birthplace of grappa which is made from pomace, the grape skins, seeds and stalks that are left over from the winemaking process.

Which brings us to our first dessert speciality of the Friuli region – Gubana.  Filled with pine nuts, sultanas and crushed walnuts it’s the custom to pour a shot of local grappa or plum brandy (eau de vie) over it before eating.

While many people associate Christmas in Italy with Panettone – a type of sweet bread that originated in Milan that is often accompanied with a coffee or sweet wine – in Friuli, although we enjoy panettone, we also celebrate the autumn and winter seasons with our very own regional Gubana.  You can eat Gubana all year round, but it’s very popular in winter, when the weather is cold outside and both the texture and the heaviness of the dessert provide you with that filling, warming feeling inside, helped also by the warming hit of the grappa! 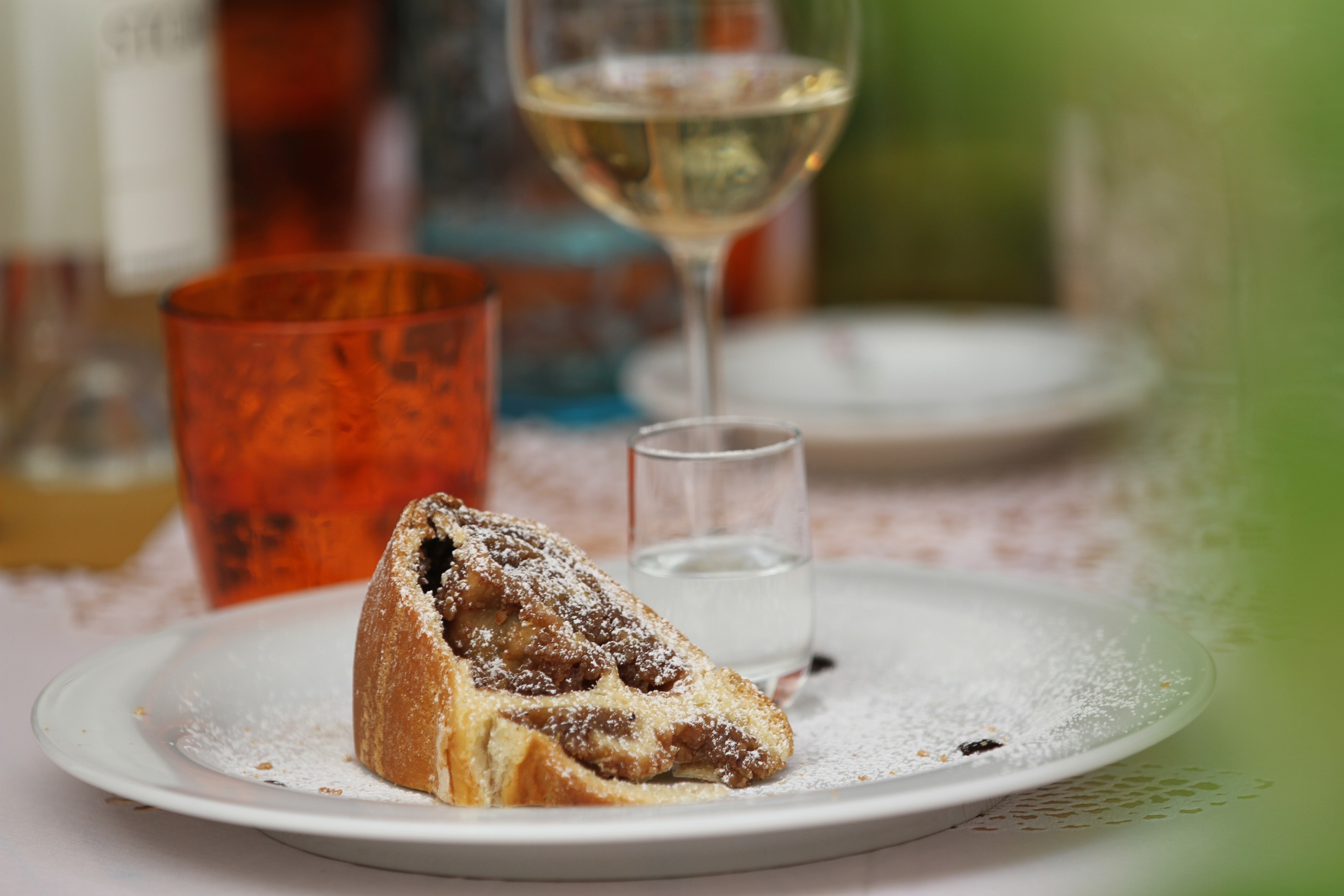 GUBANA WITH A SHOT OF EAU DE VIE OR GRAPPA

As with Gubana, it’s often the case that special times of the year are associated with certain foods, and this is true of Easter too, when Italians enjoy Colomba di Pasqua – a cake shaped like a dove.

The dough for this cake is made in a similar manner to that of Panettone, with flour, eggs, sugar, natural yeast and butter.  Unlike Panettone, however, is usually contains candied peel and no raisins and is topped with sugar and almonds before being baked in the shape of a dove.  It wouldn’t be Easter in Italy without it.

In the Friulian region, look out too for a dessert called Spiersolade o Piarciolade  – peaches in white wine and cream, which is especially delicious with mascarpone cream and a sprinkling of almonds on top that you don’t always find in the original recipe. 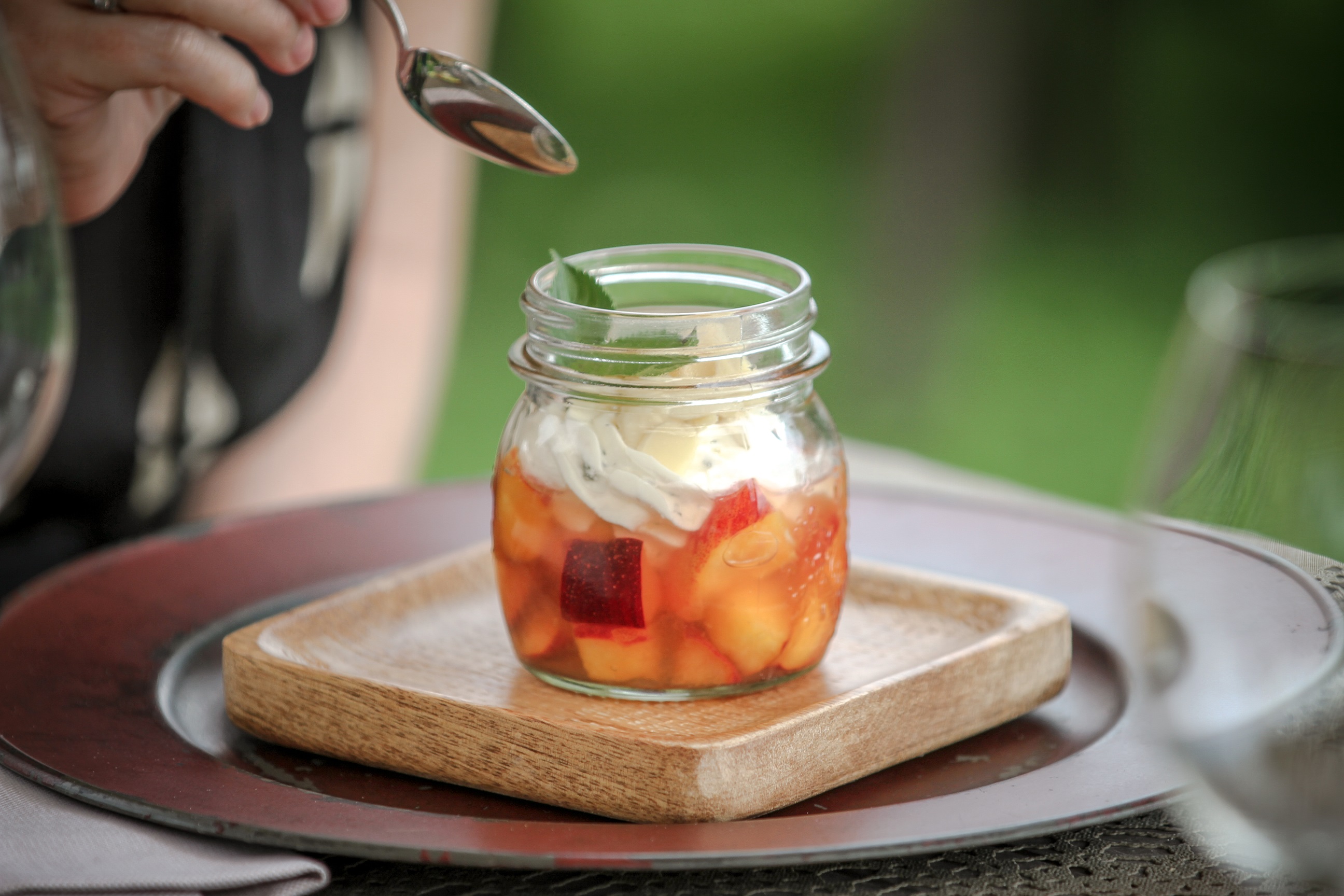 While you may find it difficult to find some of the more regional desserts in Italian restaurants around the world, you’re bound to have seen some of Italy’s more famous puddings on the menu.

You’ve most likely seen Panna Cotta on the menu, which translates as ‘cooked cream’ – not the dessert to have if you are counting calories!  With panna cotta, it’s important to use the highest quality cream you can find, in order to ensure that ‘melt-in-the-mouth’ taste.

And then, of course, there is Tiramisu, perhaps one of Italy’s most famous sweet exports.  Made from sponge fingers, coffee, mascarpone cheese, cocoa powder, whipped eggs, sugar and vanilla, its name means to ‘pick me up’, ‘cheer me up’ or ‘lift me up’, which is appropriate, because that’s exactly what most people want to do upon seeing one! 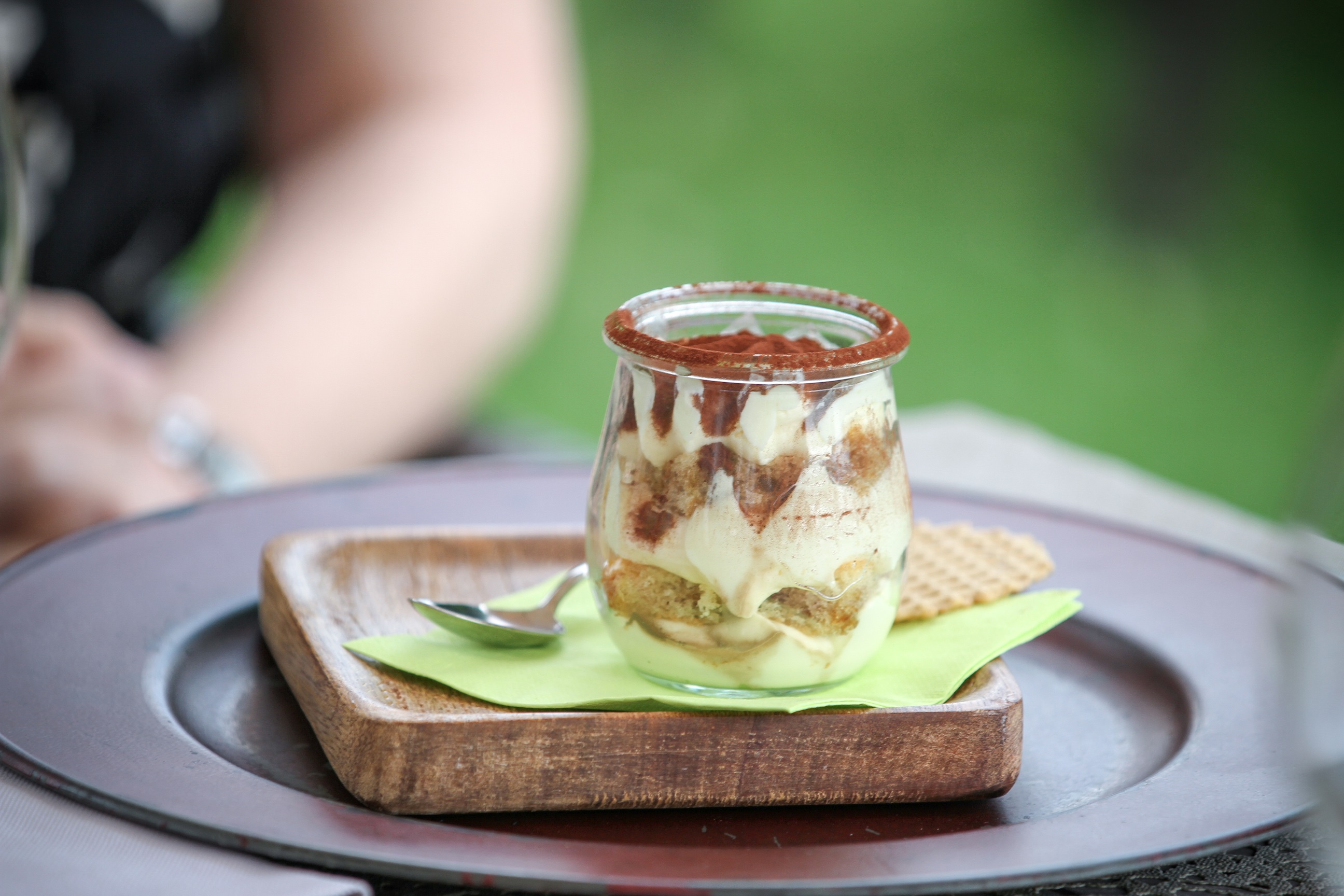