Learn all about the Italian culture of ‘senza il pane tutto diventa orfano’ – without bread, everyone is an orphan.

If a restaurant does bread well it’s a good indication that it does everything well and great bread is one of the fundamentals of Italian meal times.

An Italian will always ask for bread to go with their meal and there’s even a saying,  ‘senza il pane tutto diventa orfano’ – without bread, everyone is an orphan.

The food writer Carol Field, famous for her book The Italian Baker, wrote that: “Bread is merely flour, water, yeast, and salt as the world is merely earth, water, fire, and air.

“These four elemental ingredients—grain from the fields, water from rivers and mountain streams, leavening from the wild yeasts of the air, and salt from the sea—have been combined since Roman days to make the breads of Italy.”

It probably won’t surprise you then to learn there that the Italian Tourist Board estimates that there are more than 350 officially recognised different types of bread in Italy.

Each of the 20 different regions in Italy has a bread that is it most famous for, while the baking of bread, its shape and ingredients, can differ even from town to town and there is a great deal of pride in the different local traditions.

Some breads are fried, some are baked, some feature herbs while in central Italy, it is the flat breads that are most popular.

All bread tastes good with Prosciutto di San Daniele, but what’s the best?

That, of course, depends on your own personal preferences, but a few years ago, the Consorzio del Prosciutto di San Daniele wondered just that, and so embarked on a tour of Italy to discover the regional varieties of our daily ‘pane’ as well as the breads that paired well with our prosciutto.

The top three were – traditional pane carasau flatbread from the Italian island of Sardinia; focaccia Genovese from Liguria in north-west Italy and pane di segale rye bread from Trentino-Alto Adige in the very north of our country.

The thin, crackly and crisp consistency of pane carasau is made by taking flat bread (made of durum wheat, flour, salt, yeast and water) that has been baked, then separating it into two sheets which are baked again. Often it is eaten dry, but with Prosciutto di Sa Daniele draped on top and drizzled with olive oil, with perhaps a dollop of buffalo mozzarella (Mozzarella di Bufala) on the side of the plate, it becomes a tasty snack at any time of the day.

Focaccia Genovese – made with a combination of soft and hard wheat flour, mixed with yeast, oil, water and salt – comes from the crescent-shaped Liguria region in north-west Italy and the Ligurians are known as master focaccia makers.  After being left to rise it is stretched out by hand onto baking sheets, moistened with an emulsion of oil and a drop of white wine and cooked in the oven for about 20 minutes at a medium-high heat. This ancient flatbread can be sliced into sandwich-sized pieces with Prosciutto di San Daniele used as a delicious filling, or eaten flat with a topping of prosciutto and pesto.

The third bread that our Consortium discovered to be a great match for Prosciutto di San Daniele was pane di segale (rye bread), from an area in Italy even further north than San Daniele del Friuli, called Trentino-Alto Adige. Due to the region’s close proximity to Austria, it benefits from an Austrian baking influences, and because in ancient times, bread had to last for months, rye bread became popular because the more rye a bread has, the longer it will last for. 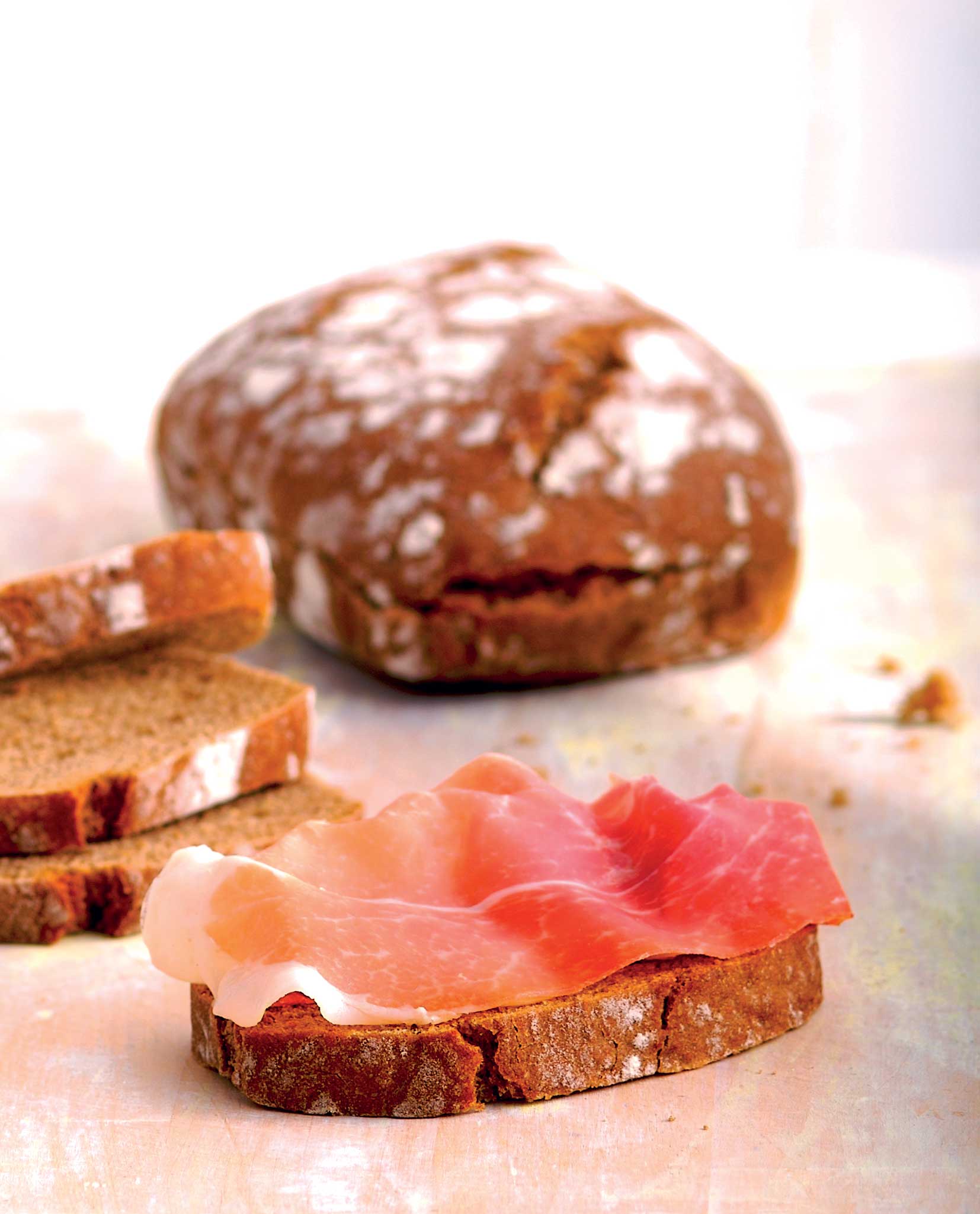 If none of those breads appeal to you, or you can’t find an Italian deli or market that stocks them locally, there are plenty of other breads that taste fantastic when paired with Prosciutto di San Daniele tastes.

A favourite way to eat our prosciutto is to wrap it around a grissini (breadstick) – most restaurants and cafes will offer a packet of grissini along with a jug of water as soon as you take your seat. 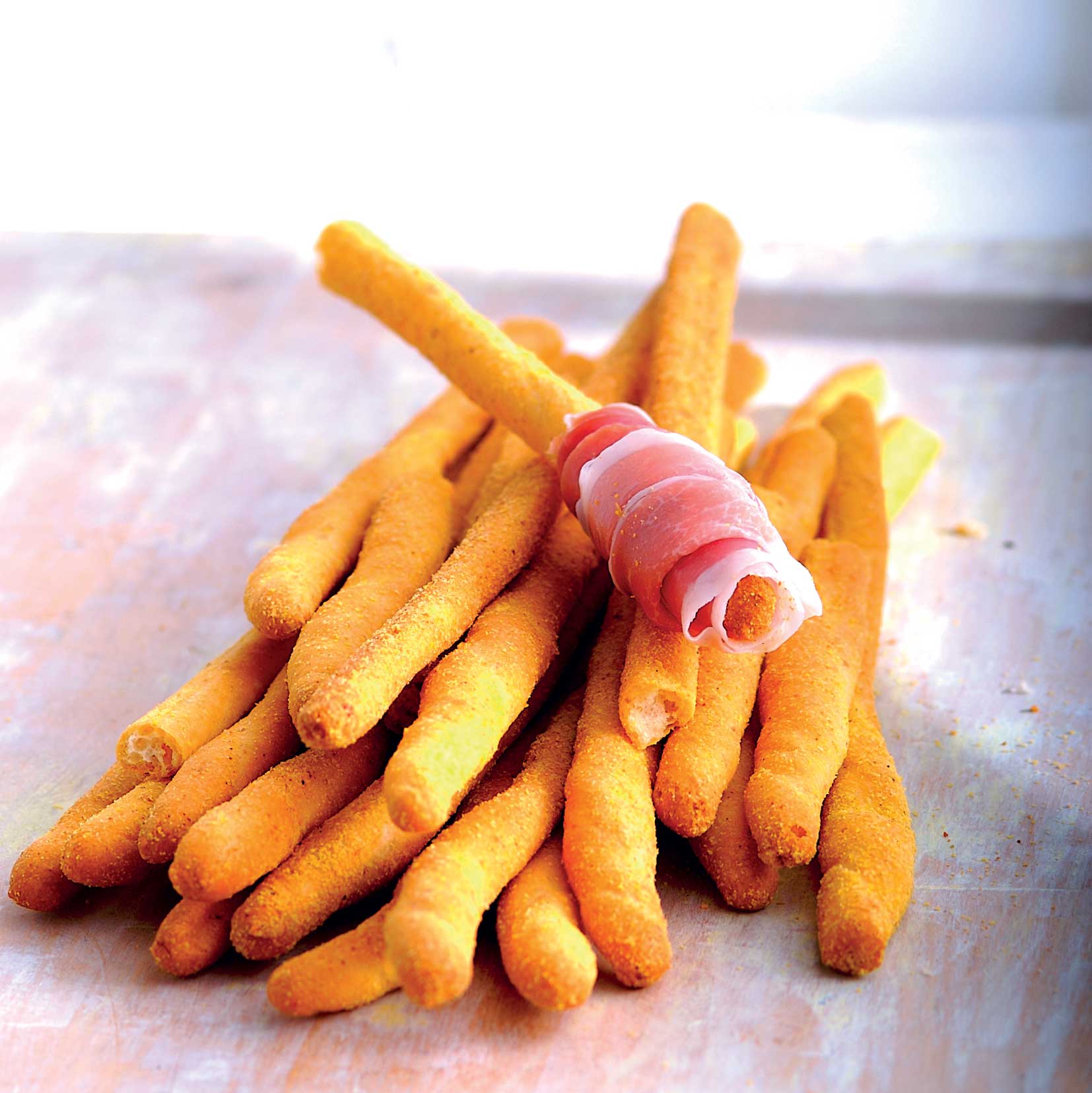 Then there’s the contemporary preference for sourdough. Despite the fact that sourdough has been around since pre-Christian times, it has seen a revival in recent years – simply grill a slice, drizzle it with olive oil and drape a few slices of prosciutto on top.  The same goes for a fresh ciabatta – if you’re packing a picnic or making a packed lunch for work or school, prosciutto with ciabatta isn’t just tasty, it’s filling too, helping to stave off those mid-afternoon snack cravings.